„I am here to embrace you all with the same love and warmth, so that you receive what you came for. (from Braco's voice)

Braco's portrait. What is your oppinion?

Braco was born on November 23, 1967 in Zagreb, Croatia, a small but beautiful country on the Adriatic Sea that was once a part of former Yugoslavia. As the only child of prosperous parents, his advantages were many, including his father’s doting attention. Yet his favorite pursuit from childhood into adulthood remained simple, spending time alone in nature.At age 24, Braco achieved a Masters degree from Zagreb University and followed in his father’s footsteps, launching his own company. Luxuries and material advantages surrounded Braco. Yet having what most people wish for from life, this material security was not satisfying and he yearned for something more meaningful.

In 1993, at age 26, Braco’s mother introduced him to a charismatic man with a great natural talent, named Ivica Prokić . Ivica had helped her recover from severe migraine headaches, and he was well known in Zagreb for aiding suffering people without charging for his help. Ivica inspired such a deep trust, bond and friendship that would serve to form a new foundation and new way of life for Braco. At Ivica’s side, the young man found the peace, harmony and purpose that he had been searching for, immediately leaving behind his former lifestyle. It was Ivica who recognized a special talent in Braco and a greater plan for his life. Yet none of this would unfold until after Ivica’s sudden death in 1995, when Braco accepted the responsibility of carrying on Ivica’s loving mission. He gave his complete trust to the gift that Ivica, and later the people, saw he was meant to share.

Ivica gave Braco the name he carries today and from Croatian it translates as, “little brother”.

Only days after the passing of Ivica Prokić in 1995, the first people appeared requesting Braco’s help, and he tried to give it without thought for himself or his loss. A great responsibility was now upon him, bringing together the needs of the many and Braco’s unfailing trust in the gift Ivica had helped him discover. In this unique situation, Braco spontaneously recognized his natural talent and was sought out by people asking for relief from their difficulties, and soon be judged for his work.

Time would reveal the success of the help he offered through the growing numbers of visitors, and by people simply sharing their personal stories of being helped, spreading news of Braco to more and more people. At first, he sometimes used physical touch to offer aid to visitors and later brief words. He also saw people individually. Over the years, he and his way of sharing his gift evolved. It could no longer be restricted by words or limited to one individual at a time. In 2004, Braco began silently gazing for groups up to one thousand, as people experience today. At this time, Braco also stopped speaking in public, allowing the results of his work to be shared simply through people who benefited.

After this World Congress in Switzerland, the Basel PSI Days, at which the encounters with Braco`s Gaze have been the subject of much media attention, he has been invited to conferences in numerous European countries. Many experts from diverse disciplines have attempted to understand what they have called “the phenomenon of Braco”, and offer intriguing theoretical explanations.

Over the past 19 years, Braco has gained unprecedented popularity in Croatia and throughout Europe. He has more than 250,000 people visit his gazing sessions each year at events in Europe, Russia, the US, Australia and overseas as well as at his center at Srebrnjak 1, in Zagreb, Croatia.

In 2009, Braco was invited to his first conference in the United States, and the warm reception brought more invitations to this country, with coast-to-coast tours taking place since 2010. In the U.S., Braco has been the subject of over a dozen TV news stories, positively reporting on the beneficial effects visitors have experienced.

In November 2012, Braco was invited to gaze at the United Nation’s Tilman Chapel in New York City for the U.N. community. The Society for Enlightenment and Transformation, a U.N. staff association, hosted this event, which included in attendance the Croatian Ambassador and his wife. Here Braco's lifetime work on behalf of peace was recognized, and he was awarded a prestigious 'Peace Pole' by the World Peace Prayer Society in honor of his contribution to humanity’s betterment.

More recently, Braco has been invited and traveled to the countries of Japan, Denmark, Australia and Russia. An invitation came for Braco to visit Japan in 2010, and thousands came out to experience him for their first time in this region of the world. In Australia in 2013, the event was fully booked long before Braco had even set foot into the country. Braco’s fourth tour in Russia just took place in September 2014, and all visits were paid for and made free to the public by the EFKO Corporation as part of a humanitarian gift to benefit people in their country.

Scientist Drago Plečko, Croatia, has been studying what he terms “the phenomenon of Braco” for many years. He describes the encounters with him as a “heart-to-heart conversation, a moment when we can savor the nectar of love, which can greatly affect us and make every miracle possible.” Further, he believes that it is very important that visitors maintain a mental connection to everything they experienced during the gazing, so that even at home, they can revive and continue to build upon the feelings they had during their meeting with Braco's Gaze.

Drago Plečko is the author of three books, entitled, "The Mystery of Braco" (volumes one and two) and "The First Book of Healing". 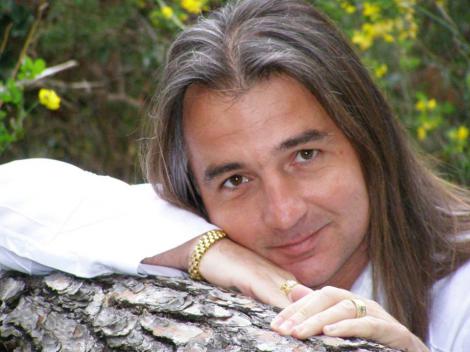 He freely shares his gift equally with everyone who visits him. The silent gift he offers is shared without the necessity of words, and he does not promote any teaching or give a philosophy about life. Braco has also never given a media interview. His sole focus is upon people and sharing his gift where he is invited. People are meant to judge his work for themselves.

Although many scientists and doctors have theorized about his work, the majority of people find the many testimonials and personal stories shared by visitors a compelling way to understand the rich possibilities offered to those who come to experience this gift for themselves.

Eleven months a year, Braco travels to numerous countries in Europe, the U.S. and beyond. Through the years, visitors have commented on Braco’s natural stamina and enduring calm in the face of his rigorous schedule, as well as his endearing warmth. Yet Braco views himself as an ordinary man, with normal joys and sorrows. He has simply found a way of sharing a gift that can offer relief and hope to people. ( http://www.braco.me/en/about/past-present/)

Recognition of Braco´s work constantly grows, from his international debut with record breaking attendance at the 2006 World Congress of Parasciences in Switzerland, to the United Nations Community event in New York where he was awarded a Peace Pole. ( http://www.braco.me/en/about/past-present/) 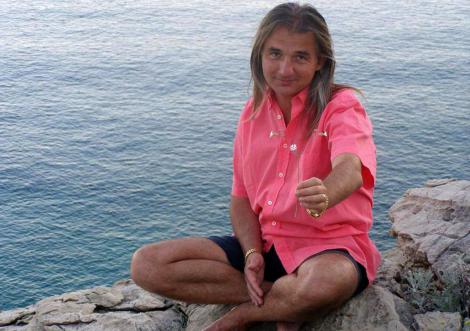 The warmth, love and calm that some people feel when gazing with Braco can inspire positive reactions in people, enabling a personalized connection to be made to new and better possibilities for life and wellbeing. ( http://www.braco.me/en/about/past-present/) 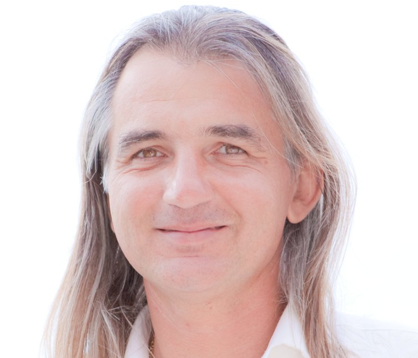 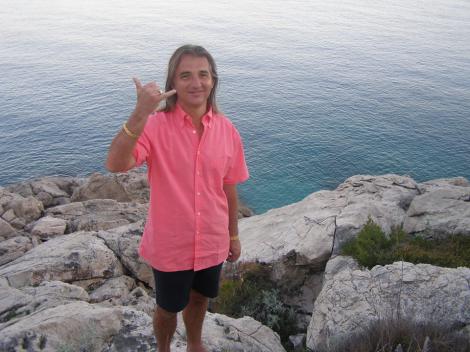 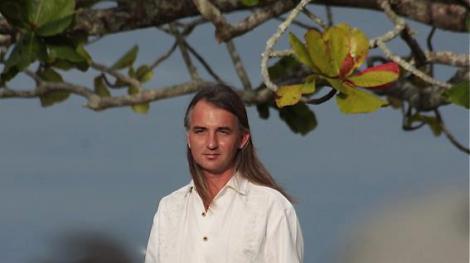 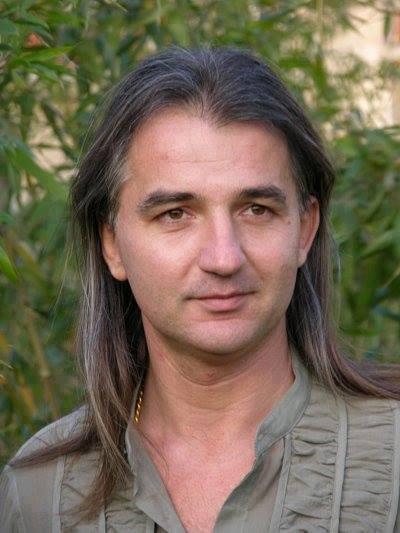 Braco's gaze touches his visitors with peace, silence and hope.

Braco's gazing music (Back to Earth- Your beautiful love): 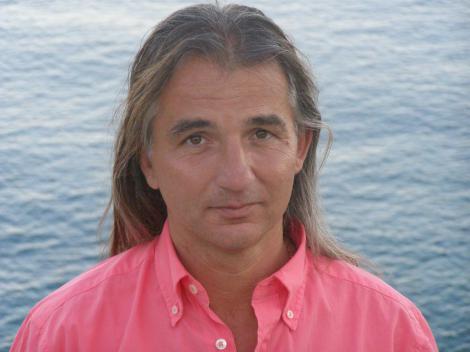 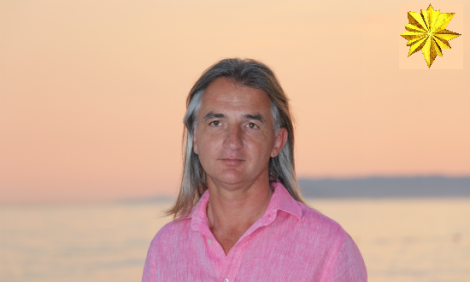 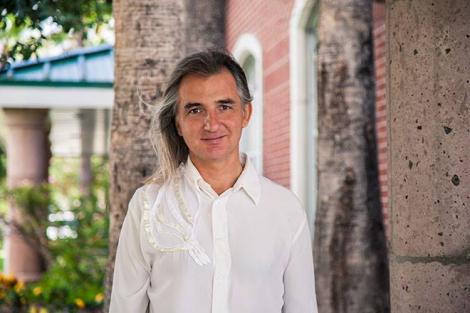 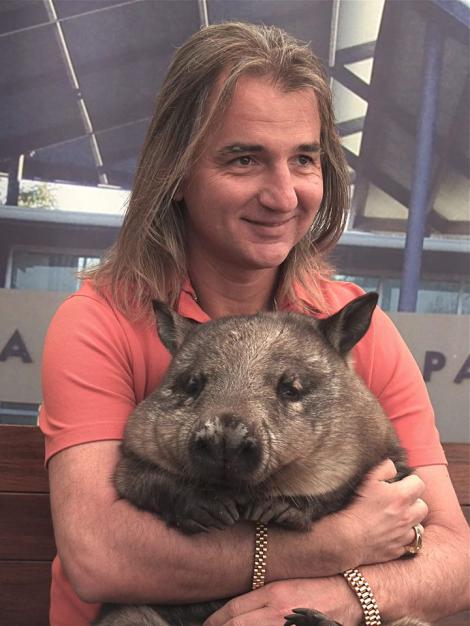 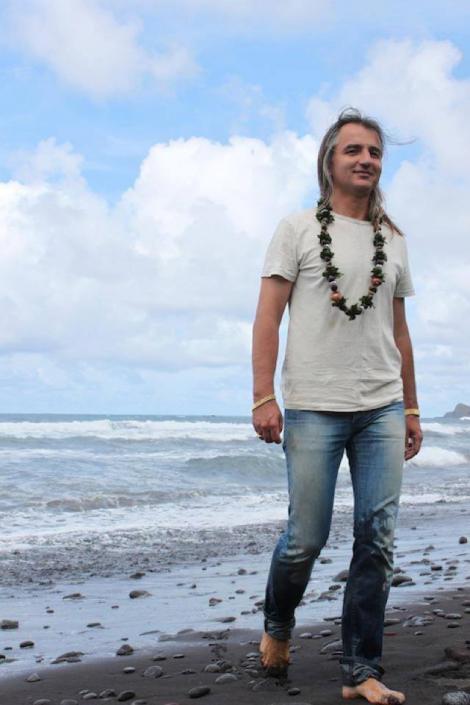 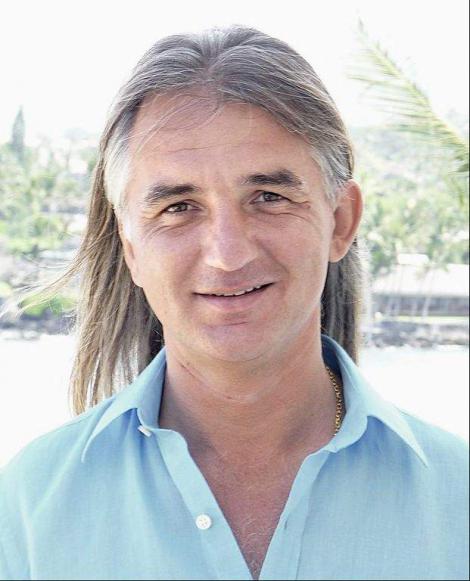 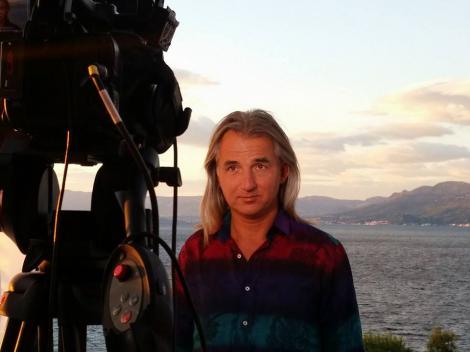 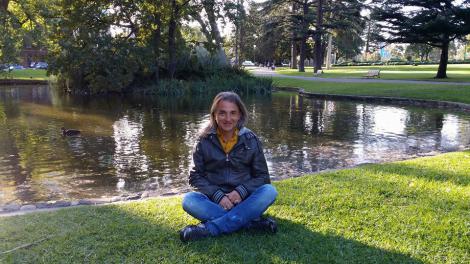 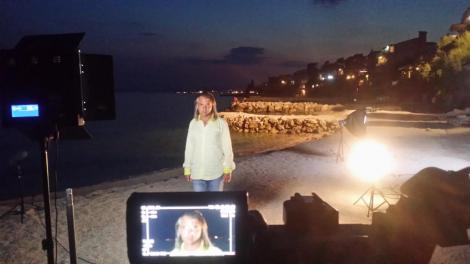 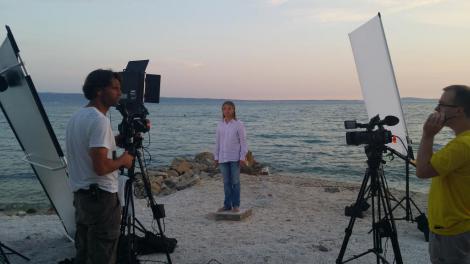 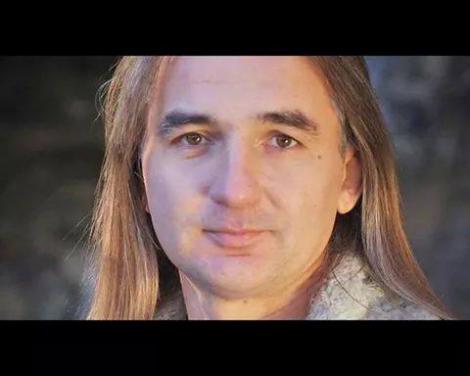 My personal experience with Braco's gaze:

A few years ago, when looking on the internet remedies for my health, I accidentally came across the picture of Braco.
I knew that I could not reach him, even if he not required money for the gazing sessions, so I grudgingly put aside the thought of seeing him ever.
Years passed, 2 or 3, I do not even know, and I completely forgot about him.
Last year in September, an unknown woman sent me an email telling me that maybe I would be interested in this and maybe it will help me.
In that email was the link of Braco - europe.tv and all data necessary to access the free gazing sessions.
I quickly remembered the man with gentle eyes, and I was so glad I had the chance to see him on the internet. I was very curious, and also very grateful for that email.. It says that nothing that happens to us is not a random.
From that day, I could not detach myself from the computer. I waited very much each session and I never missed a day of gazing, just the first three days when I did not know about these sessions.
I can say that my first meeting with Braco's gaze was a very interesting experience. I could not stop crying until the mid- session of gazing, even though I had no reason to cry.
At the third session I felt an indescribable fatigue and my back pain has become even stronger.
After the fourth gazing session, the symptoms disappeared, as if they would have taken by someone and after the last gazing, an unimaginable tranquility, a sense of joy, love, calm and peace flooded me from head to toe.
I knew something incredible was triggered in me, something for what I have no explanation, but it may not even need any explanation; I just simply must accept it how it is.
I do not remember when I have slept so well, without waking up several times a night.
All week I felt extremely well, I was full of energy, as they say, "I could catch a bird in flight". I cannot say that all diseases that I have, have healed spontaneously after these gazing sessions, I still have back pains, but not every day and not as much as before.
What is more important, I regained my will to live and to work, I feel as if I woke up to Life, that my heart is alive again, and that life reserved for me good things too, which for I worth to live. People around me have noticed the change and say that it seems like I just radiate happiness...

Now, when I saw and I was convinced of the power of Braco's gaze, I decided that I will do everything I can, to meet him personally too.
When this will be possible, do not know yet, but it must happen someday, because that became the greatest desire of my life.

Please excuse the grammatical mistakes, my English is not very good, but I felt I had to tell you all this. 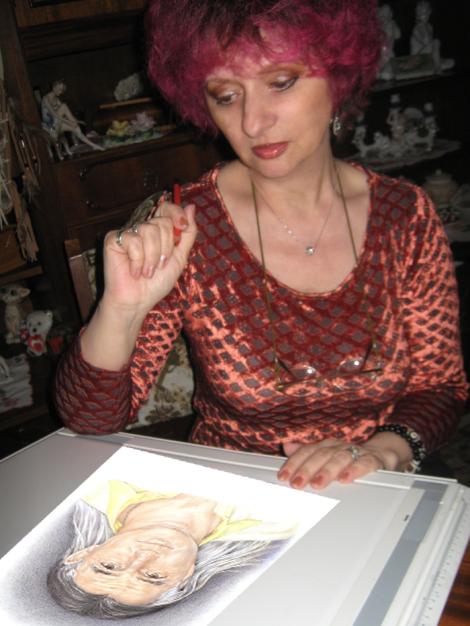 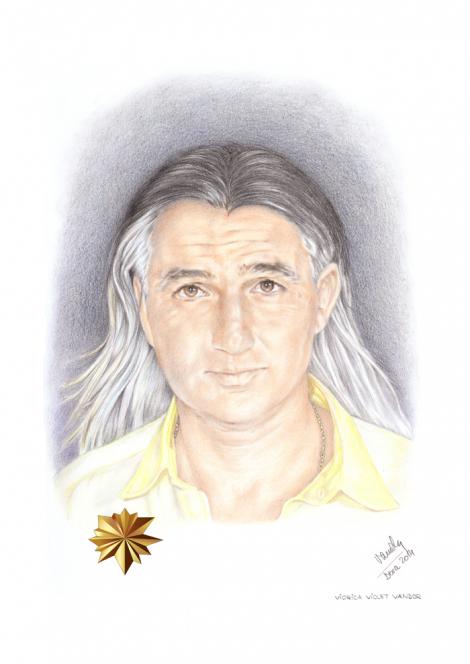 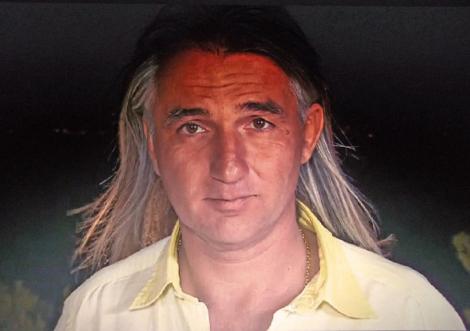 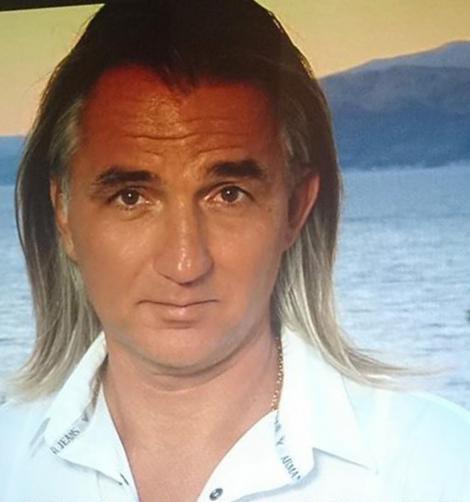 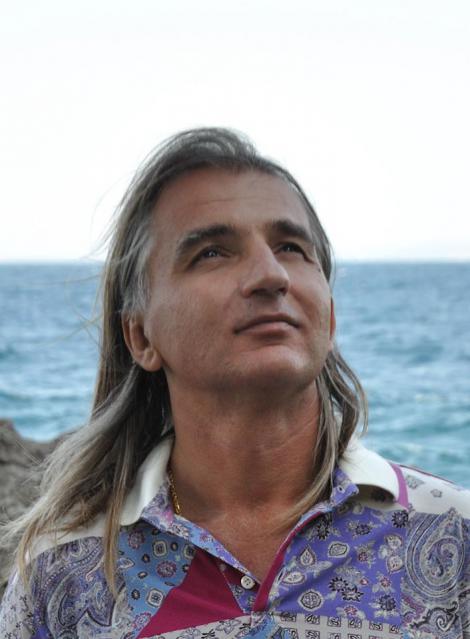 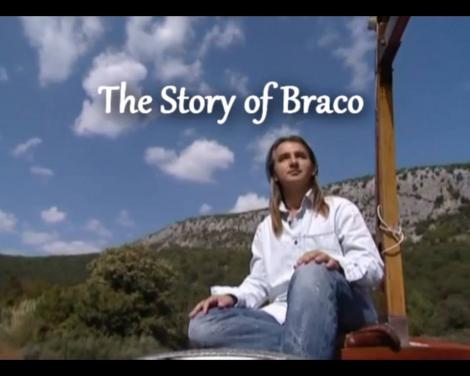